For someone, somewhere, the following statements are true:

I was defibrillated by David Lee Roth.

9) We’ll begin with composure. Bryan Ferry didn’t save anyone on a flight to Kenya in 2000, but he did insist his son cease swearing as the plane plummeted. No small feat: such was the near crash that other passengers later required literal changes of pants. Don’t take my word for it: Another passenger has written about this almost certain tragedy narrowly averted.

8) Rapper TI saved two lives. He’d rank higher if one of those two hadn’t been the lead singer of Creed. OKOK, I don’t want the guy to die. But if TI had maybe said “promise to make no more records & I’ll save you” I’d rank him higher. And yeah, while this list is rockist, exceptions can be made, i.e. Hon Mention, hip hop: In 2012, LL Cool J not only stopped a home invader, he broke the dude’s nose and jaw. How many punches that took remains unknown. Insert reference to moms extolling knockouts.

7) Chisel singer Jimmy Barnes stopped a car thief in Sydney. Brave of him, although stopping a thief in Australia is the risk equivalent of telling someone to pick up litter in NYC.

6) Case in point: John Oates once foiled an armed robbery in Australia and proceeded to help beat the shit out of the guy. A man with a shotgun, asskicked by John Oates and pals. Nothing against Australia on the overall toughness front, they’ve got harsh animals with a tendency to kill the hosts of nature shows, but if I had a choice between Philly after dark in the 70s or Sydney after dark any time after 1901, I go with the penal colony.

5) While filming an episode of Carpool Karaoke, Anthony Kiedis saved a baby’s life, a fitting act considering “Mother’s Milk,” released 27 years before, had been the last decent thing he’d done.

4) Joan Jett may have saved my life. A few years ago, realizing I was on the same jet as Ms. Jett, I said to my wife, “the odds against this jet crashing are now astronomical.” We landed safely!  But seriously: in 1985, Jett saved a kid from drowning. I doubt she lost a breath, given anyone who survived Kim Fowley probably isn’t much afraid of death. She could be ranked higher, but the kid she saved wasn’t Mark Ronson.

3) The kid Paul McCartney saved from drowning, in 1982, was Mark Ronson. Because Paul McCartney is magic. Macca didn’t even remember having done it, because for him, saving a life is like putting on a shoe, or playing the drums on “Birthday.” Only surprise here is that Sir Paul hadn’t also saved an infant Prince from drowning in Lake Minnetonka. Could have been #2 or #1, but lost points for being annoying.

2) On a summer night in the mid-nineties, I chased a purse snatcher in downtown Syracuse, NY, only to round a corner and almost run into him with my 24-year-old speed. I knew he didn’t have a gun (I had been standing next to a friend when he had grabbed her purse) but I didn’t want to catch, only to follow (cops took over two blocks later). In 2004, Kink Ray Davies and a friend were robbed in New Orleans at gunpoint. The (then) 60-years-old Davies chased the guy, who then shot Davies, of course, although luckily in the leg. I had suspected cultural differences may have been at play here – but Davies had already seen the gun, and still chased. The cops said he’d made a poor decision. I agree, but “Waterloo Sunset” makes up for that.

1) While Eddie Van Halen’s rehab tour scuttled any chance of a VH tour, David Lee Roth became a paramedic. I wrote that, and you read that. I can think of nothing more comforting, while coming to consciousness in an ambulance, than seeing the face of the man who sang “Ain’t Takin’ ‘Bout Love,” not only so I can ask him if he ever heard the Minutemen cover, but to hear him shout “Everybody wants some” before applying the defibrillator when I code again. 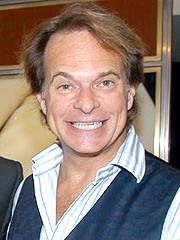