I don’t read as much as I’d like to, anymore, but parenthood and three jobs will do that to you, although I have three jobs I like, doing exactly what I like to do, so this might be a shallow complaint.

And then I also don’t read as much as I’d like to because I’m becoming more and more confident that my hunches are correct about which books will be a waste of time before I suffer 100 pages. Plus: the dirty secret of fiction (and often poetry) has become more apparent: it takes heaps of time and significant reading before it permanently sinks in that, like popular music, much of what gets critical celebration has simply been done before. Is it me, or do I rarely read a book review that states “yeah, well-done, but done before, and therefore dismiss-able?” In music criticism, such sentiments are legion, fair or unfair. Maybe conventional wisdom considers authorship to be more deserving of respect than the comparatively simple act of recording a song. Ok, it is harder. But that shouldn’t be an excuse for recycling.

And ok, I didn’t finish Pynchon’s Against the Day because I’ve decided it is un-finishable (although better than Ambien, believe me, so I may be “using” it more often). But I did get far enough through to prove that many high profile reviewers didn’t read it at all. This happens more often than we want to know. A recent writing assignment lead me to a certain book’s orig review, in Time, in the 1950s, and it was obvious the reviewer had faked it. A discussion for another day.

I have completed Chris Adrian’s The Children’s Hospital. Finally: completely transporting fiction by an American writer, rooted in realism but painted with the fantastic in such a way as to evoke little before it (with maybe the exception of the Bible, but the story of Noah’s ark 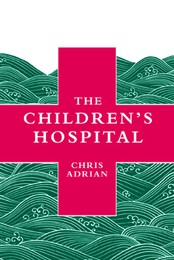 wasn’t done in detail by that mess of a book). During a torrential rainstorm, a San Francisco children’s hospital leaves its foundation and begins floating, and soon its inhabitants realize they might be the last living humans following a celestial apocalypse. Seven miles of water cover the world and its dead. There is no land. The hospital, designed by an architect directed by voices he thought deemed him mad, reshapes itself to a floating habitat, with an angel narrating from its walls like a wacko HAL 9000. But not all is eden. Young patients begin dying. Our narrator becomes pregnant, but suspects her pregnancy is not all about her that is now different.

Certainly in need of some excising — I speed-read some sections flashing back to the central character’s pastoral childhood —The Children’s Hospital spools out of Adrian’s head like the fictional battle one would expect from an author who’s already a pediatrician and has just entered divinity school. The resolution, without gratuitous phantasmagoria, is at once beautiful and sad, and unexpected, and horrifying.

There is strangeness in religion. I am not religious unless my daughter naps for three hours, but it’s good for something, and that something is often the strangest art and fiction and poetry crafted.

2 thoughts on “The Library on Top of Mount Ararat”